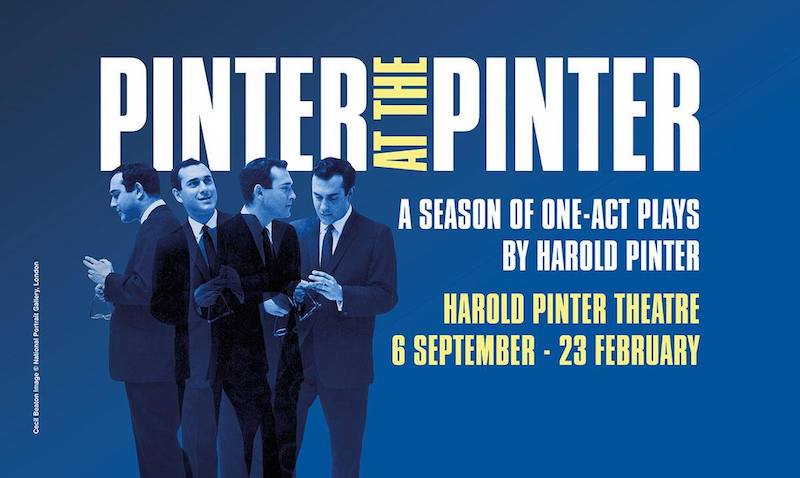 Pinter at the Pinter
By Jamie Lloyd

Pinter at the Pinter is a unique event featuring all twenty short plays written by the greatest British playwright of the 20th Century. They have never before been performed together in a season of this kind.

Alongside famous pieces such as One for the Road, The Dumb Waiter, The Lover and The Collection, a special pre-show charity performance of Pinter’s Nobel Lecture Art, Truth and Politics will be performed by Mark Rylance in aid of Stop the War, whilst long-term Pinter collaborator Penelope Wilton makes 12 guest appearances to perform the witty monologue Tess during performances of Landscape and A Kind of Alaska.

The World Premiere production of Pinter’s newly-discovered satirical sketch, The Pres and an Officer, an anarchic attack on the Presidency, will be performed alongside One for the Road, The New World Order, Mountain Language, and Ashes to Ashes with the role of the President played by a variety of surprise guest stars across the short run, beginning with Jon Culshaw.

Special rehearsed readings of Tea Party, The Basement and Silence will complete the season.