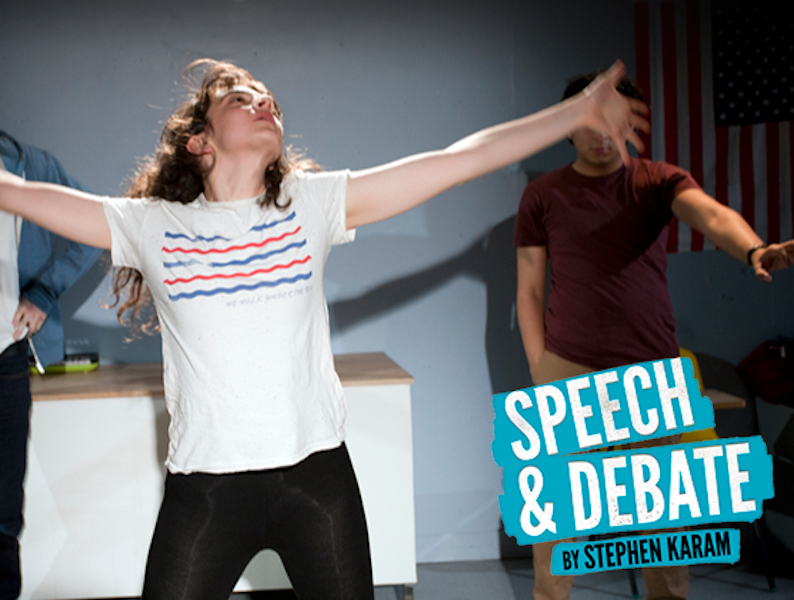 Speech and Debate
By Stephen Karam

THE PLAY – A co-production with Stage Traffic

They may go to the same high school, but misfits Solomon, Diwata and Howie have never met and their peers just don’t take them seriously…. until a sex scandal involving one of their teachers brings them together. By creating a Speech and Debate team they finally have a chance to be heard, but will they be able to get their interpretive dance version of The Crucible ready in time for the big day?!

An hilarious play that grapples with serious modern social issues — homophobia, teenage alienation and the limits of online privacy.